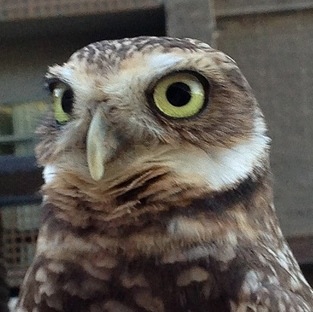 Reader Question: I purchased a home from a contractor. It was a carriage home that was a model for the developer. The home had an in-law suite over the garage. I obtained a standard mortgage to purchase the home, including an appraisal and title insurance. In 2011, I was going to refinance the home only to be told by the FHA mortgage appraiser that the in-law suite was not shown on the city records and was there illegally, so the refinance was refused. How do I pursue getting the developer I purchased the property from to fix it? Would this be covered with my title insurance or do I need to hire a lawyer to resolve the issue? Terry G.

Monty’s Answer: Hello Terry, and thanks for your question. There are a number of possibilities here that require some investigatory steps on your part before deciding the best course of action to take. Doing the legwork may help contain potential costs.

1. Call the contractor and explain to them what has happened. It is possible they may have a logical explanation and a copy of the permit or plans they submitted in their file. It may not have to go any further than the contractor to learn there is no issue, except to clear it up at city hall. It is also possible the contractor made a mistake, and it can be easily corrected. Obtaining a copy of their documents could be helpful in making the correction.

2. The appraiser could be mistaken. A separate permit may not have been required if the builder filed a plan with the municipality that included the in-law suite. Every municipality has different rules and regulations regarding permits.

3. The person that told the appraiser that a separate permit was required may have been mistaken. Regulations are sometimes long and complicated and can be misinterpreted. Which department (or departments) did the appraiser learn of the illegality? In some municipalities, the builder would take out a building permit in one department, have the occupancy permit granted by a different department and the assessment determined by a third department.

4. The fact the first appraiser did not point out any illegalities gives rise to the possibility some FHA underwriting requirements were misconstrued as being “illegal” instead of “not permitted” with the FHA loan.

5. If the “illegal” issue turns out to be a zoning issue because the in-law apartment is considered a second family in the zoning code, it is surprising the city granted an occupancy permit to you or the contractor. In this event, an approach to consider is to ask the city for a variance from the zoning code, as the city may have some culpability in creating the issue. Or, ask the city if they will re-visit the language in the code defining an in-law apartment. Lastly, perhaps the city would adopt an Accessory Dwelling Unit  (ADU) ordinance.

There is a movement among city planners around the country to modify decades-old code to allow for more housing choices. Today, home occupancy numbers are shrinking; there are a rising number of one or two person households and a swelling number of seniors who prefer to age in place. Mother-in-law housing units are gaining popularity around the country. Here is a link to a appraisal discussion document that describes the issues and the solutions.

Gather a team around you

After sorting out the possibilities and isolating whether or not a problem exists, the potential solutions will appear. If you utilized a real estate agent to buy the home they may also be a source of assistance to you. Your district alderperson may be another good source of help to enlist.

Reading the “exceptions” page in the title insurance policy may reveal that it is not an issue that would be covered with title insurance. If it becomes clear that legal assistance will be the best option, the lawyer should have the last word on the potential of title insurance coverage.

Do the detective work on you own, and then build a team to help solve the problem. The contractor may handle this effort voluntarily if they made the error. Most home building contractors are responsible citizens and work hard to establish a good reputation. While this could be embarrassing to them if they erred in some way, it is also an opportunity for them to shine.