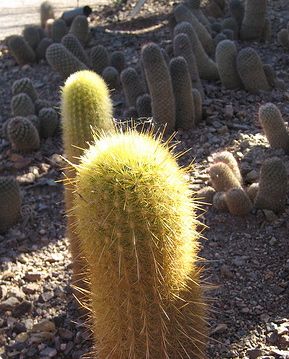 Reader Question: My wife and I had a contract to sell our home for cash. The buyer gave us 3 weeks to vacate. All contracts were signed, the house passed inspection and all disclosure were made and understood by the buyer. We had a moving sale, selling the bedroom set, some furniture, garden tractor, etc. We also purchased another home – contingent of the sale of ours. On the day of closing, the buyer sent an email 3 hours prior to the transfer of money stating she had changed her mind. The moving van had already packed our belongings and everything was put back that same morning. Sadly, the real estate agent only asked for $2,500 earnest money. This did not come close to paying the movers, re-purchasing mattresses, etc. Our attorney has begun a lawsuit. The buyer says her defense is a buried oil tank – one that had been disclosed and there is evidence for that. A local friend, who is a judge, advises us to abandon the lawsuit. That even if we won, getting back any money can be difficult. What are the chances of us regaining anything? Terry D.

Monty’s Answer: Hello Terry, and thanks for your question. I am sorry to learn of your circumstances. It is of no comfort to know that an aborted closing is not so uncommon an occurrence. You have already had plenty of advice.

A conundrum of the first order

It is futile to predict the chances of regaining real money. The lawsuit will have to be won before a money judgment can be recorded. Often, both lawyers will be walking up the courthouse steps believing they hold the winning hand, but they both cannot prevail.

If you do win, as your friend the judge suggested, people will sometimes just not pay. But, sometimes they will pay. It is hard to know what will happen until that time is here. We do have a glimpse of how your buyer operates. It could be a harbinger of things to come.

Are you thinking with your heart or your head?

It is not clear the amount of your damages. I assume you received the $2,500.00 earnest money deposit. In recounted your costs in your question, it occurred to me the damages might be insufficient to warrant a lawsuit. It is easy to understand why emotions can run high in real estate transactions, but your friend the judge has probably seen similar cases. Is it possible your friend may think that if you win and the lawyer has earned the proceeds it is not worth the aggravation and the time? That can happen if the damages are not high enough.

If the case is won and she refuses to pay, can you then file a judgment against her that includes a lien on her other property? If a lien is possible, it may be long into the future, but you have some control over the property sale proceeds. Judgments show up on credit reports in most states. She may get tired of explaining it.

Is there a reason your lawyer is not including the agent and the real estate company where she is working? It was mentioned that the agent “only asked for $2,500 down.” Can an argument be made that decision was not in your best interest? Why did she not ask for $10,000, or $20,000? Had she asked how much you wanted down, and you said $2,500, that is different. Is the agent also a friend? If the agent’s real estate company carries “Errors and Omission” insurance, there may be an incentive for them to share some of your burden.

Never get in a fight you are not sure of winning

Is the buyer a person of means? You state she was paying cash for the home. Has your lawyer given you a firm estimate of what this case will cost? Does your family have the mental energy to press? If she escapes and the lawyer’s fees are $10,000 can that cost be absorbed without a burden?

There are multiple issues and potential roadblocks in most every lawsuit. None of us have a crystal ball.